HDFql (Hierarchical Data Format query language) was recently released to enable users to handle HDF5 files with a language as easy and powerful as SQL.

By providing a simpler, cleaner, and faster interface for HDF across C/C++/Java/Python/C#, HDFql aims to ease scientific computing, big data management, and real-time analytics. As the author of HDFql, Rick is collaborating with The HDF Group by integrating HDFql with tools such as HDF Compass, while continuously improving HDFql to feed user needs.

If you’re handling HDF files on a regular basis, chances are you’ve had your (un)fair share of programming headaches. Sure, you might have gotten 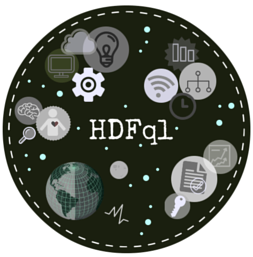 used to the hassle, but navigating the current APIs probably feels a tad like filing expense reports: rarely a complete pleasure!

If you’re new to HDF, you might seek to avoid the format all together. Even trained users have been known to occasionally scout for alternatives.  One doesn’t have to have a limited tolerance for unnecessary complexity to get queasy around these APIs – one simply needs a penchant for clean and simple data management.

This is what we heard from scientists and data veterans when asked about HDF. It’s what challenged our own synapses and inspired us to create HDFql. Because on the flip-side, we also heard something else:

With an aspiration of becoming the de facto language for HDF, we hope that HDFql will play a vital role in the future of HDF data management by:

A simpler, cleaner and faster interface for HDF

We set out with the humble intention to offer the community a clean (yet powerful) way of managing HDF data. Our North Star was to aim for a solution similar to SQL. As a result, users can now handle HDF data through a high-level language that allows them to focus on solving real problems rather than spending valuable time dealing with low-level implementation details or endless lines of code. 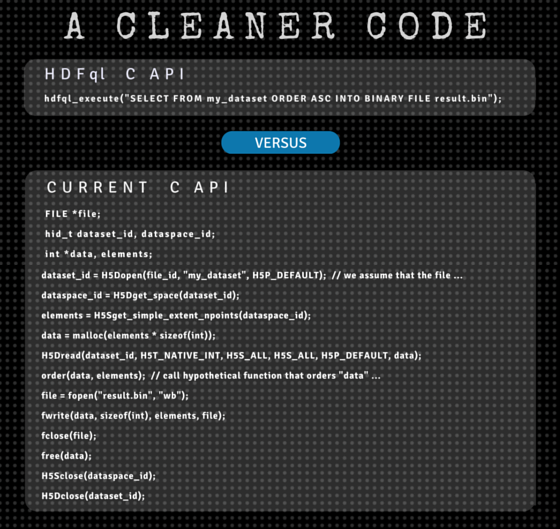 To exemplify how HDFql makes data management cleaner and simpler, let’s walk through a few important regions of its cortex (read “operations”): 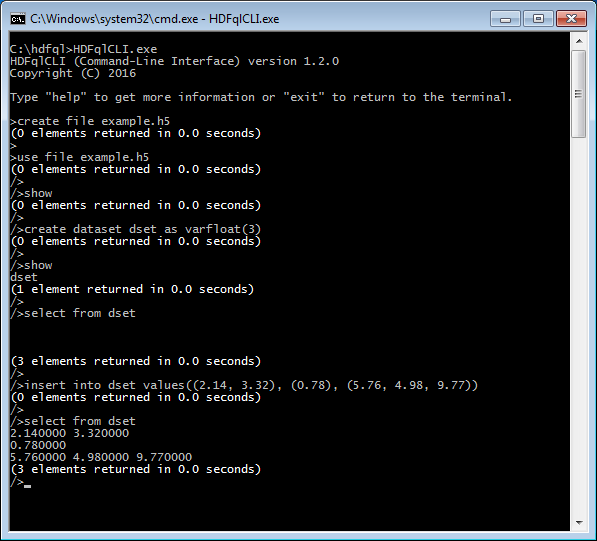 To demonstrate how these cortical operations work in practice, nothing better than giving a scenario a spin and solving it through HDFql!

Imagine that we are acquiring data from a process which returns an array of 1024 integers on each reading. Additionally, let’s imagine that we do not know beforehand how many arrays will be returned by this process, and that we are required to store the data in HDF using the least amount of storage space possible. One solution would be to use a compressed extendible dataset and hyperslab features to store the acquired data. In C/C++ and using HDFql, this solution could easily be implemented as follows (note that we do not include comments in the code snippet since HDFql operations are basically self-explanatory.)

Users familiar with other APIs for HDF should instantly realize how much clearer – and less verbose – it is to solve the above scenario with HDFql in C/C++ (for illustrations of other programming languages, see hdfql.com/examples).

Nowadays, organizations usually work with more than one programming language. This demands resources and can be cumbersome for developers who must learn how to handle HDF data in each of these. Even if there are good solutions for individual programming languages, this does not solve the problem of operating HDF across disparate languages. With HDFql, this is part of the past since HDFql abstracts users from all intrinsic details and specificities of programming languages.

To illustrate this point, let’s go back to our previous scenario. Imagine that we are now required to read the entire dataset and write it in an ascending order into a binary file named “result.bin”. In C/C++ and using HDFql, this could be implemented through one simple statement:

To implement the equivalent in Java, Python and C#, the statements are equally simple (and syntactically similar):

As one can see, in HDFql not much changes between these programming languages except the case of the function we are calling (i.e. ’execute’). Great news for developers, especially when compared with alternative APIs:

A side note (and added benefit): when executing HDFql operations, parallelism is automatically employed – whenever possible – to speed up operations.  This means that all CPU cores available are used without developers having to worry about it (in the above HDFql snippet, this happens when ordering the dataset ascendingly).

Let’s walk through a few other features…

In upcoming releases, we plan to add even more power to HDFql by:

We are in touch with The HDF Group and as soon as these APIs are released for production, HDFql SELECT and SHOW operations will be extended.

Operations such as this one will soon become a reality with HDFql:

Here, HDFql reads both datasets “my_dataset_0” and “my_dataset_1” and multiplies these using all available CPU/GPU cores (thanks to MAGMA, a BLAS API) before returning the result to the user.

Users will be able to easily create datatypes like this:

Making HDFql work for you

In the end, we are doing this for the appreciation of data and simplifying its management. On a personal note, at the HDFql team we are especially passionate about Climate and Earth Science. Knowing the historic role HDF has played in these fields, we truly hope that HDFql can contribute to faster future discoveries in these realms. Overall, if the broad community of HDF users finds reward in the simplified data management experience of HDFql, it makes our years of coding all worthwhile!

We hope with this intro to have given a flavor of how HDFql can aid you as a user of HDF.  We are learning with the community along the way and strongly encourage user-driven insights to shape HDFql – so do not hesitate to reach out to us with key needs/priorities for your organization, suggested features, or other feedback.

HDFql is available at hdfql.com;  HDFql is distributed as freeware.  It may be used free of charge both for commercial and non-commercial purposes.

For news and updates, follow HDFql at twitter.com/hdfql
Rick can be reached directly at rick@hdfql.com

Editor’s Note:   I’m really excited about Rick’s contribution to the HDF community — HDFql — which directly tackles many of the items on users’ wishlists for HDF5; most notably: 1. compact code, 2. easy learning curve (ideally something familiar), and 3. portability across platforms and languages.  I encourage everyone — particularly those with SQL background — to check it out and provide feedback.    Dave Pearah, The HDF Group, CEO

HDF5 and The Big Science of Nuclear Stockpile Stewardship