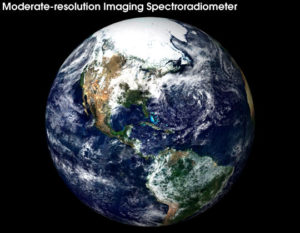 Many other Earth Science communities have used the powerful combination of conventions and HDF.  A well-known example is Unidata’s netCDF. It started as a file format and then became an API to HDF that supports the Unidata Common Data Model (CDM).  The NetCDF4 API to HDF is used throughout the Ocean and Atmospheric Science communities and is the standard selected for the next U.S. geostationary satellite program (GOES-R). Another example is the Bathymetric Attributed Grid (BAG) format used by The Open Navigation Surface project, NOAA’s National Ocean Service and the International Hydrographic Organization (IHO).

Historically, the HDF Earth Science Group has organized the roughly annual HDF Workshop. Until 2013, this workshop was focused primarily on NASA users. Since 2013, the workshop has been co-located with the summer Earth Science Information Partners (ESIP) meeting. This has expanded the audience considerably to include HDF users from many communities.  Presentations from over 17 years of workshops are available on slideshare. They provide a very interesting historic reference on HDF development and other data related topics.

The HDF Earth Science Group has extended its reach recently to include strong contributions to adoption of international metadata standards in NASA and other communities as well as tools and guidance for evaluating and improving metadata for Earth Science products. We are also developing new tools for designing and browsing HDF products.  Stay tuned to the HDF Blog for details.